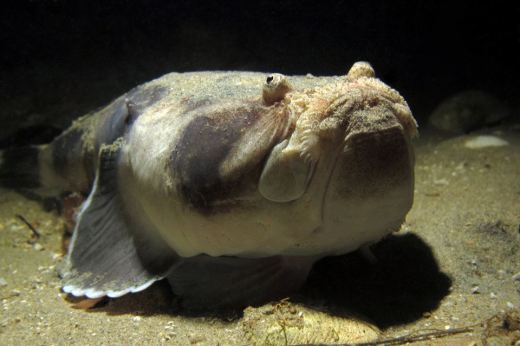 Me photographing a stargazer ~ photo courtesy of Mark Jones, 2013

I don’t know why, but I find stargazers hilarious – the bulldog of the sea that always tries to make itself invisible. They bury themselves with only the telltale eyeballs and the faint zipper of the mouth detectable, unless they choose to submerge themselves beneath the sand altogether (then YIKES for any poor, unsuspecting diver who plants a hand anywhere near that cavernous mouth …)

Honestly, the mouth on this one was so huge, you could lose a fin! I remembered hearing someone say that once a buried stargazer knows it’s been detected, it will shake its body before yawning three times. This was totally true, and you can see the two yawns I captured on camera here.